What is Flight Immunity?

Flight Immunity is an extensive art project I’ve developed to exercise vehicles as an art form. It’s a collection of visual artifacts – numerous imaginary aircraft designs rendered and presented in various styles. The images are numbered, united and cross-referenced in many ways to provide a curious viewer with clues to its visual codes and underlying structure.

It took several years of hard work - research, concept design, 3d modeling, rendering and even software development to make this project available to you. We're publishing new pieces weekly, and it will take few more years to get everything finished and rendered in high resolution - so I hope you will enjoy following us along and discovering how each new item relates to the other ones and contributes to the big puzzle. 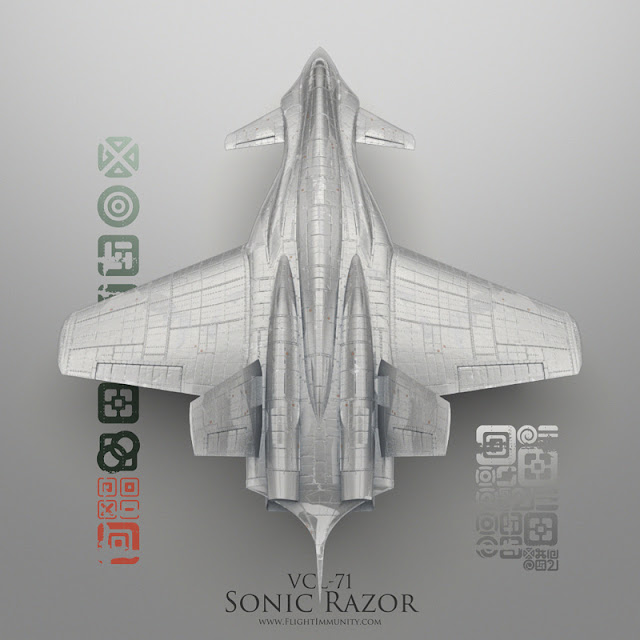 In short – the art of hidden messages. Wiki can tell you more, and I don’t want to spoil you the pleasure of figuring out its implications for the project on your own. 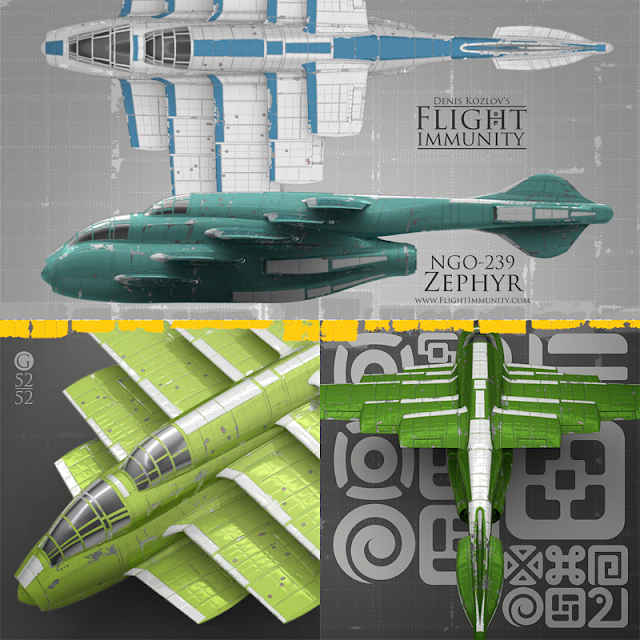 What’s your process / How is it made?

The resulting renders including the special technical images called AOVs then get processed and assembled into the final pictures in a process similar to this one:

This type of image manipulation known as compositing is typically used in film visual effects, but there is no reason why it shouldn’t be used for other purposes (like putting together a few hundreds of pictures within a single artist’s lifetime).

For those further interested in technicalities of the process, I’ve covered some of it in these series of articles for 3D World magazine. Most of the material is aimed at a relatively prepared reader, however I’d recommend the first piece on raster images to everyone interested in computer graphics.

Could those planes actually fly? 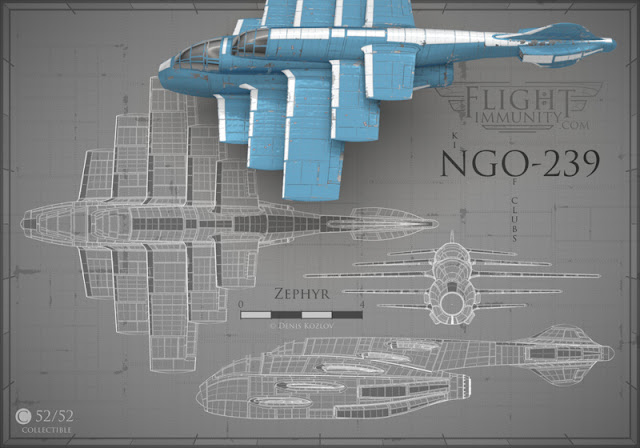 Hence the name of the project.

However there are few things I’ve learned after several months spent reading up on aerodynamics of flight and the design of real airplanes. One thing is that you never really know until you build it – you may have a pretty good guess based on tons of special calculations and prior experience, but there is always space for surprise and a whole arsenal of design fixes is often applied to already finished aircraft. Another one is that anything could fly with a suitable engine (and cautiously nothing is known to us of the engines involved with Flight Immunity designs – in fact we don’t even know how the mass is distributed within the volumes).

Lastly, and this is probably the key point, adhering to plausible engineering severely limits the expressive options. In fact, production rationality is normally in open opposition with artistic expressiveness as it demands to stick to tried and true solutions and obey the economic restrictions as the major design constraint. Did you consider why vehicles of each type and generation often look so strikingly alike? Likely because that’s the optimal solution within the given technology, function and budget. And at the same time this stereotypical look is exactly what makes the designs familiar (and thus believable) to us.

Flight Immunity is much about exploration of expressive possibilities and honoring inspirations from various sources. And though I’ve been trying to preserve common sense in designs within the humble extent of my abilities, the priority for this project was to design in a visual rather than practical sense.

I hope you will find the result pleasing and full of rewarding surprises. We’re updating weekly – stay tuned! 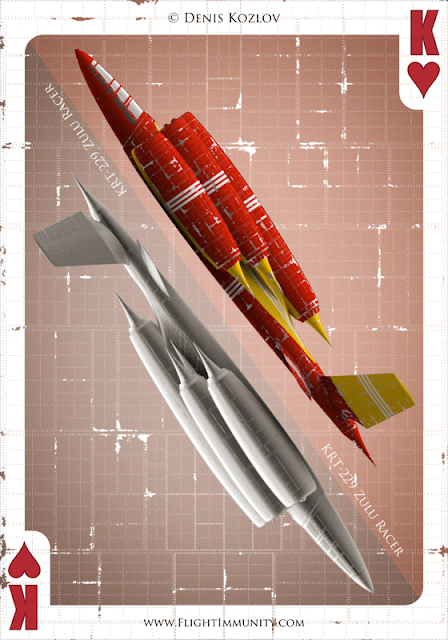 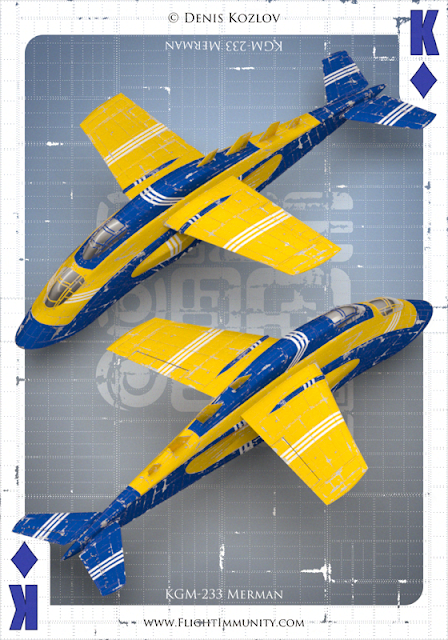 Denis Kozlov is a CG/VFX artist with two decades of professional experience in film, television and video games industries. An actively practicing artist specializing in procedural content creation and author of a number of art instructional texts.